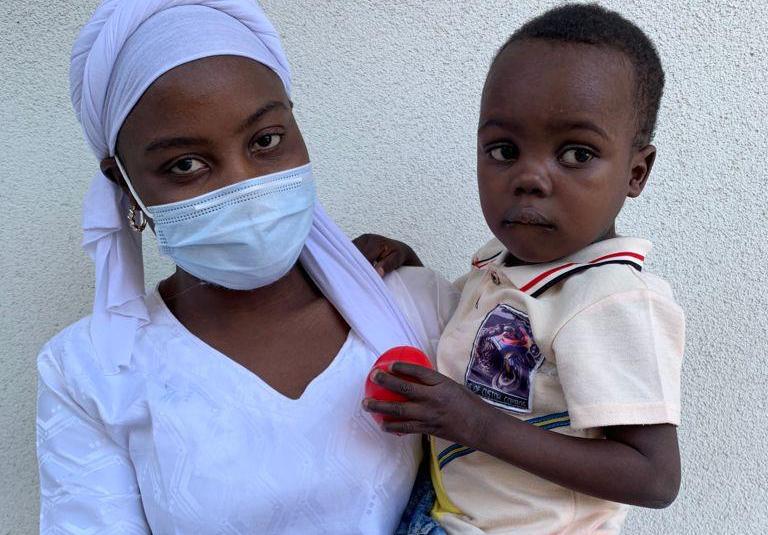 Cheikh is four years old and comes from Senegal. During a screening examination, he is diagnosed with a cardiopathy, but his mom already knows that her son is not well: “Cheikh couldn’t walk and run like the other kids, because he would immediately get tired. He had seizures twice, but I managed to take care of him. I treated him with massages and paracetamol, and made him rest a lot” she told us.

Cheikh’s cardiopathy is serious, and cannot be cured in Senegal, but the San Donato General Hospital in Milan has taken charge of his case. Now, they just need to find a way to get Cheikh to Italy, so that he can access his much-needed treatments. Flying Angels learns about Cheikh’s story through the organizations Bambini Cardiopatici nel Mondo, and A.I.C.I. Onlus, and the Foundation immediately starts looking for his life-saving flight.

Once Cheikh arrives at San Donato General Hospital, he undergoes a delicate surgery, and spends a post-surgery recovery in intensive care. Despite all the challenges of a difficult surgery, the boy quickly gets better, and soon he is ready to go back home.

Now Cheikh is back in Senegal, and his mom is proud of him and his strength during his journey to recovery: “Cheikh never complained during this whole ordeal. After he had his surgery, he got out of the ICU in no time. He is a strong little boy! He is always running around, and I am so happy, because he had never run before. Now he is never still!”